How You WILL Be Affected by the New TILA–RESPA Disclosure Rule
By Jim Luger, CDEI
Certified Distance Education Instructor and Real Estate Professional for 35 years 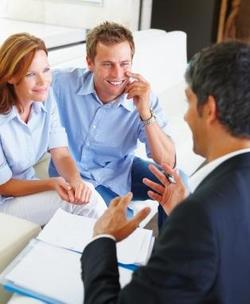 The Consumer Financial Protection Bureau (CFPB) has announced the new “Know Before You Owe” mortgage disclosure rule, which is scheduled to become effective October 3, 2015.

Also called the “TILA-RESPA Integrated Disclosure rule,” it requires easier-to-use mortgage disclosure forms that clearly lay out the terms of a mortgage for a homebuyer.

Two new forms you’ll need to understand
Two new closing forms, the Loan Estimate and Closing Disclosure, will replace the three forms you’re now used to: the HUD-1 Settlement Statement, the Good Faith Estimate, and the Truth-in-Lending disclosure form. The new forms are intended to make it easier for mortgage loan borrowers to make sure the closing costs originally quoted by a lender are the same at closing. The first page of both forms will be identical, to make that comparison easy. You should expect future modifications based on user feedback, however, after the new rule takes effect.

Your timing challenges
The CFPB will require the closing disclosure to be given to the buyer three days before closing, so they’ll have ample time to look it over. If the annual percentage rate (APR) or other key costs change after the disclosure has been given to the borrower, it could trigger a new three-day waiting period. The National Association of REALTORS® (NAR) recommends making sure buyers have seen the paperwork at least a week before a scheduled closing, and that sellers do nothing at the last minute that could changes financing terms stated in the purchase contract.

An extra time safeguard
Because any change to the transaction---especially those requiring lender approval---might trigger another waiting period, NAR recommends allowing 15 days more than normal to complete a closing after the new rule goes into effect. However, that extra time might not be necessary in the future, after the industry gets used to the changes.

Changes that DO NOT trigger a new waiting period
According to the CFPB, the following circumstances do not require a new 3-day review:

-- Unexpected discoveries on a walk-through such as a broken refrigerator or a missing stove, even if they require seller credits to the buyer.

-- Most changes to payments made at closing, including the amount of the real estate commission, taxes and utilities proration, and the amount paid into escrow.

-- Typos found at the closing table.

Staying informed
For information on all aspects of the new TILA-RESPA rule changes, including a compliance guide, guide to forms, closing factsheet, and sample disclosure timelines---as well as updates and informative videos---go to the CFPB’s official information website at:

Although we all resist changes and new things to learn, the new TILA-RESPA disclosure rule should make it easier for consumers to understand the complex array of costs at closing, and to compare them with charges originally quoted by their lender.

Return to the eNewsletter page

The Psychology of Pricing & Secrets of the CMA

Send a Message or Question to the Instructor

Press "OK" to continue, or "Cancel" to return to the previous page.